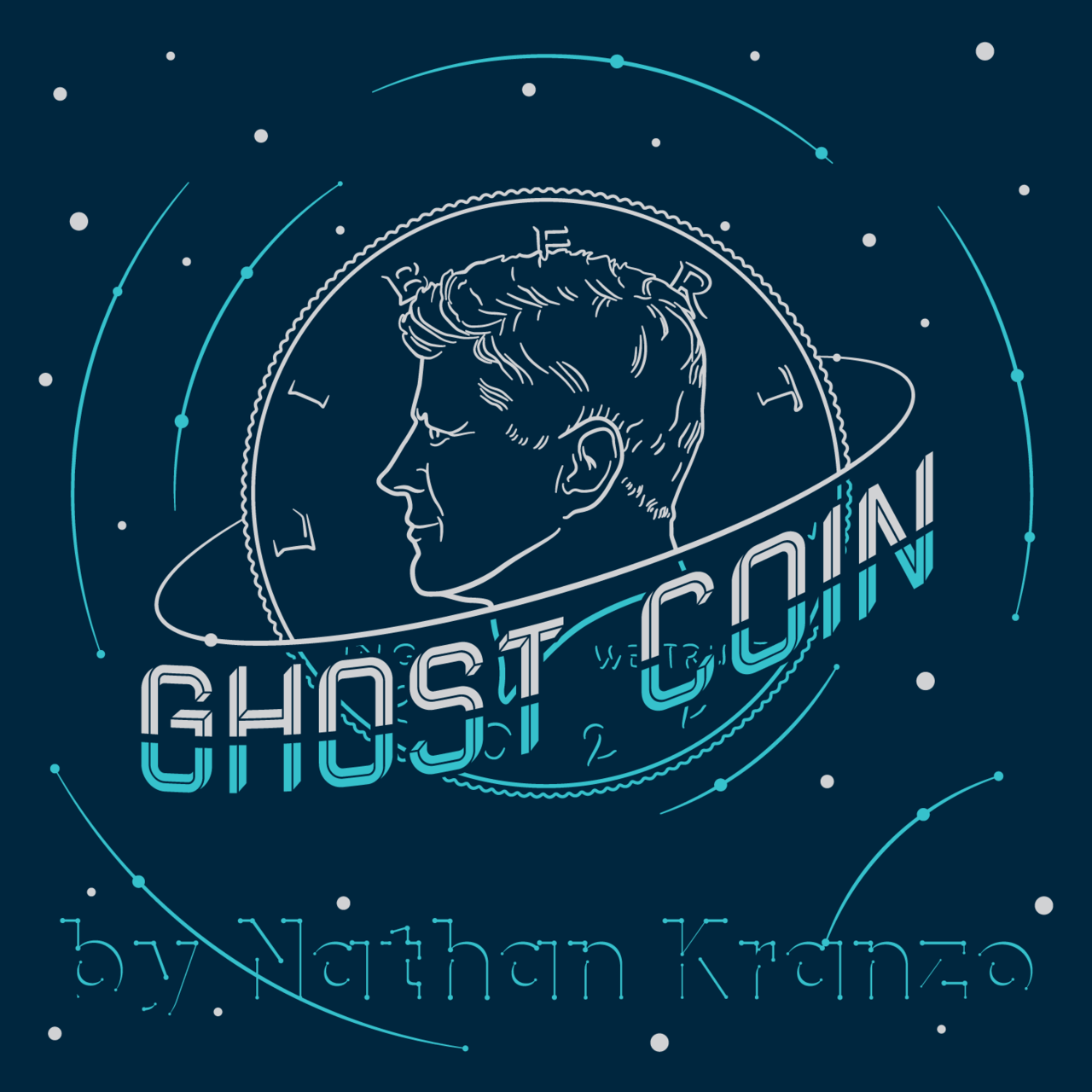 Sneak a coin into their hand as though it were a phantasm. Pass the same coin through the table as though it were a specter. This gimmick will give you the power to vanish a coin as simply as letting it fall into another dimension. This is Ghost Coin by Nathan Kranzo.

Ghost Coin is a secret utility device that allows you to...

REAL COIN IN BOTTLE (HALF) by Bacon Magic

This product is a handicraft, not a magic prop, and has no magic effect.

Art in a bottle is a very special art: the author needs to put an object that is much larger than the mouth of the bottle into the bottle intact. It's an obvious impossibility, that's why people are shocked when they see it.

Big Money is the jumbo coin set magicians have needed!

For a long time, magicians have used poorly made jumbo coins that did one thing - "OH LOOK! A BIG COIN!" RFA Productions and Ryan Bliss have worked together to create a custom made five piece copper and silver set that includes interchangeable shells and a matching copper/silver...

Jeff Copeland's Blackbird is the quickest, cleanest way to hold-out and produce coins at will. It is the magician's new, ultimate, spy tool that secretly places a coin directly in your palm, on demand. The user can calmly and reliably get extra coins into play with minimal effort and expert timing. At your pace, easily unlock,...

As the tale goes, the hobos of the Great Depression used to spend excruciatingly long hours, or even days, about trains moving from one place to another. They would bide their time by carving their signature imagery into the famed "Buffalo Nickels", turning them into exclusive works of art to be traded, and more importantly, recognized...

The Traveler by Jeff Copeland

The Traveler Coin Wallet is epitome of style, form and function, designed with the serious coin worker in mind. Originally crafted to hold and carry your prized coins & small wares, Jeff has ingeniously added a special feature to The Traveler that allows it to double as a utility gimmick that will allow you to also perform killer coin...

A stack of one-dollar bills magically and visibly change to all one-hundred dollar bills!

It's easy to do and comes ready to go. It takes two seconds to reset.

The question magicians are constantly asked is, "Can you change a one dollar bill into a one hundred dollar bill?". This is the answer but on steroids! If... 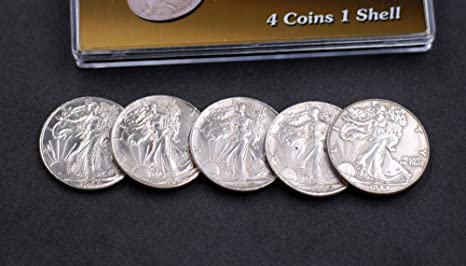 The set includes 4 Walking Liberty Half Dollars and 1 Expanded Shell.

This is a beautiful brass reproduction set, custom stamped and engineered to look 100% authentic.

Many magic enthusiasts have seen it performed in the French Drop 20th Anniversary Online Show and witnessed how it blew the audiences' mind. The coin is polished with a pocket-size handkerchief. As the coin is being polished, the handkerchief sinks in the coin and finally penetrates it.

Your coin magic will be more convincing than ever

Get ready to shock your audience with NS!

From n2g, the author of N series coin props. NS is a coin sound simulator tailored for you

NS is small and easy to carry. You can roll up your sleeves and even perform in short sleeved clothes

Since 2013, we have released N series coin props, followed by N2, N3 N4 and N5, they were so popular in the world. But today, in less than a year we followed up with a really great prop, N6.

N6 is the latest generation of N-Series coin magic props. It is totally different with the previous version.

I want to present you a new magic game!

With this game you will be able to do the miser's dream routine in a different way.

It is a trick that fits in a cup of tea or coffee and is used to make different ways to appear half dollars.

The trick has a load capacity of 6 coins and fits perfectly in a cup of tea or coffee....

Cylinder and Coins by Joshua Jay

Joshua Jay and Vanishing Inc. have taken a classic of magic and completely revamped it for a modern audience. This incredible professional kit gives you everything you need to add one of the best close up magic tricks of the last century into your working set.

Obie O'Brien was best known as the organizer of "4F: The Original Close-Up Magic Convention" but most of the magic he performed was for family audiences and in restaurants. One of his favorite routines to perform in both venues was his handling of Larry West's Passing The Buck which he later marketed as Big Bucks.

Matthieu Hamaissi is a coin-magic genius who crafts every element of his routines, from premise to performance, with architectural precision. His magic is pure, highly visual, and avoids complicated sleights. In The Architect, Matthieu will guide you through all the details and subtleties that will enable you to present the... 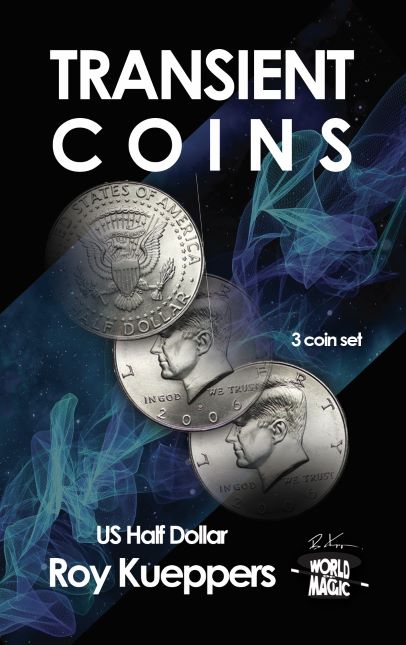 
A coin is plucked out of the air and shown around. A second coin is found on the sleeve of an audience member. A third coin is then found on the Magicians sleeve and brought together with the other two, but wait, one of the other coins has vanished! The Magician attempts to find the missing coin on his other sleeve when it appears at the... 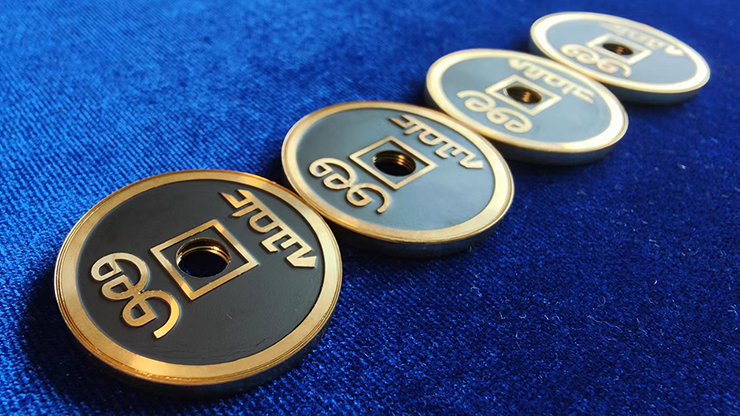 
Getting endless money out of thin air is people's imagination of magic ability since ancient times.

Based on the classic magic method, we are proud to introduce ECC to you.

John T. Sheets presents a collection of impromptu bill switches that are perfect for any magician. Included is everything you need, except the bills. On this DVD, John teaches:

Got Change by Jason Yu

Audiences always love when magicians use their powers to make everyday tasks easier.

Consider the simple act of getting change. Imagine being able to display a bill from any currency and, in an instant, visually change it to coins of the same value...

From the mind that brought you Imprint...

Finally, you can take the classic Omni plot to the streets! InvisiBill takes your money magic leaps beyond the norm by adding a truly unexpected kicker ending. A simple, familiar object - a borrowed bill - becomes CLEAR.

"Josh has taken a modern classic and put it in your wallet! Nice!"
- Justin Flom

Our friend Zee took the coin magic community by storm with the release of Project Z and How to do Coin Magic.

Many respected names raved about his modern touch on classic moves. Zee definitely sets a new bar for visual coin magic, and Itoshito, is the next chapter in his advanced visual coin work.

No Sense by Kyle Littleton

Coin magic, beautiful though it is, suffers from the problem that there is rarely ANYTHING interesting to say while performing. This is why 99% of coin magic is simply narrated by the magician. "I take coin number one and place it in my hand. A little wave, and it changes..." BORING.

No Sense is a coin effect of the...

"THE MOST MAGICAL BILL SWITCH I EVER SAW."
- John Archer

"THE SICKEST WAY TO BREAK A BILL."
- Dynamo

Nicholas Lawrence releases his "pet" pocket effect, which he does every day to amaze the people in his life. The effect is this: you reach into your pocket and remove a dollar bill and clearly show it. Now you VISUALLY move the printed seal around on the bill and cause it VISIBLY... 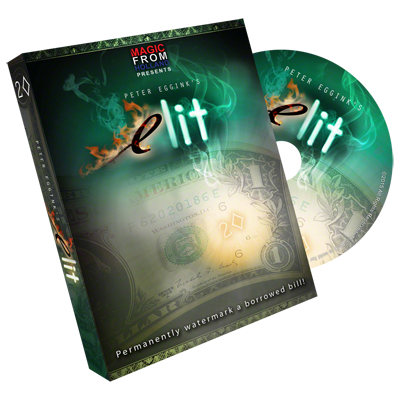 A spectator is asked to select a card and to memorize it. Next, you borrow a bill from your spectator and with a lighter you start to heat up their bill...slowly a watermark seems to materialize in the fibers of the paper...an actual watermark of the suite and number from their...